Brighton Hippodrome is a Grade II* entertainment venue, now in a perilous state of severe decay. Its future has been uncertain for 20 years and previous ambitious ideas for adaptive re-use of the building have as yet not progressed.

The Brighton Hippodrome is a building in need of deep pockets as the neglect is now so extensive that it has significant and fundamental problems.   The history of the building is well documented elsewhere and a few links are shown below.   You can learn about the early history as an ice-skating rink, its time as a circus, the involvement of renewed theatre designer Frank Matcham, its music venue credentials with performances from The Beatles and the Rolling Stones and much more.

As it stands now, in June 2020, the building is far from those days when it could be filled with happy customers enjoying a night out.   It was last used as a bingo hall and when the doors were closed it was left to literally rot.   There have been a few attempts to do something with it, some ideas being more controversial than others.  One significant advantage is that the fly-tower is still in place.   This tower is located above and behind the stage and means that curtains and staging can be lowered and raised into position.   It is a ‘must have’ for a small theatre.

I have made a fully functional 3D walk around of the main auditorium.  Click on the link below and then use your mouse or track pad to look around, up and down and move through the auditorium.

The photos shown below are of some of the other parts of the building and the extent of the dry rot, wet rot and fractured fibrous lime plaster can be clearly seen.   These photos are a brief glimpse of the state of the building.   All parts of it, inside and out, are equally bad.

The following links provide useful and interesting background to the building.

It is a tragedy that the building has been allowed to fall into this state and it is an example that the greatest risk to a building is a lack of use. 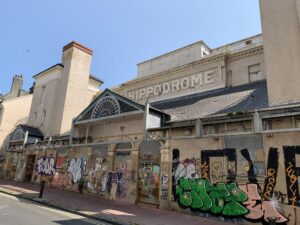 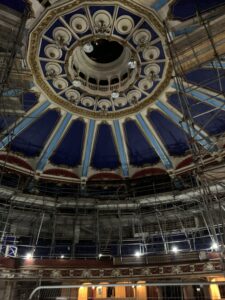 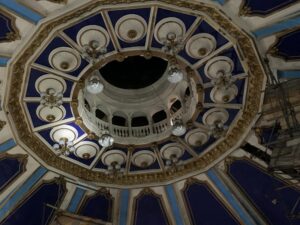 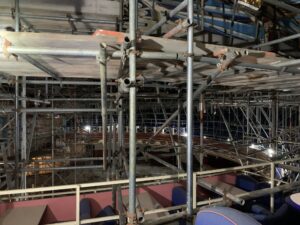 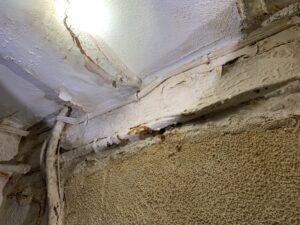 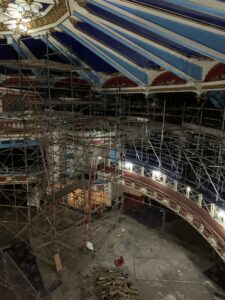 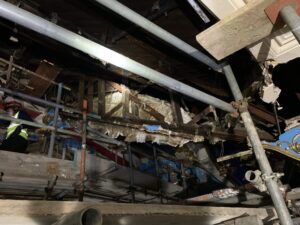 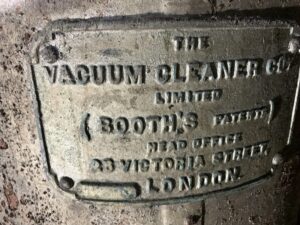 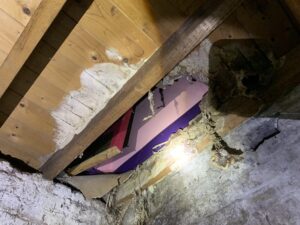 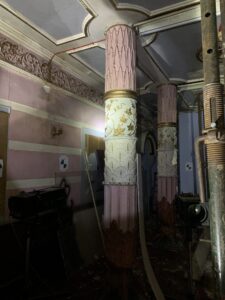 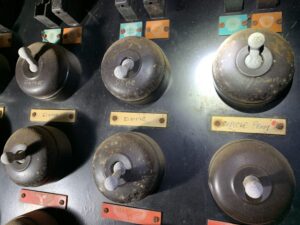 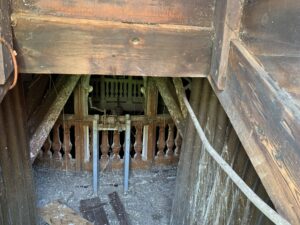 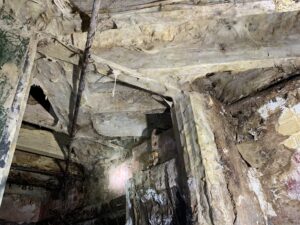